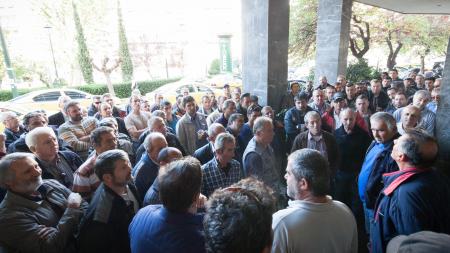 The Union of workers in the Athens Metro (subway) organized a strike on 24th of November to demand payment of its workers.

The workers in “line 3” have not been paid for almost 2 months, whereas they have not gotten a full salary since summer when the company imposed compulsory unpaid leaves.

In a meeting of the unionists with the General Secretary of the Ministry of Transportation, G. Dede, a promise was made, that if the Company (J&P AVAX – GHELLA) does not pay the workers until Friday, the Ministry will handle the payment itself. The workers decided to return to work on Wednesday and be vigilant.