Actual Conditions of Foreign Workers in the Japanese Construction Industry 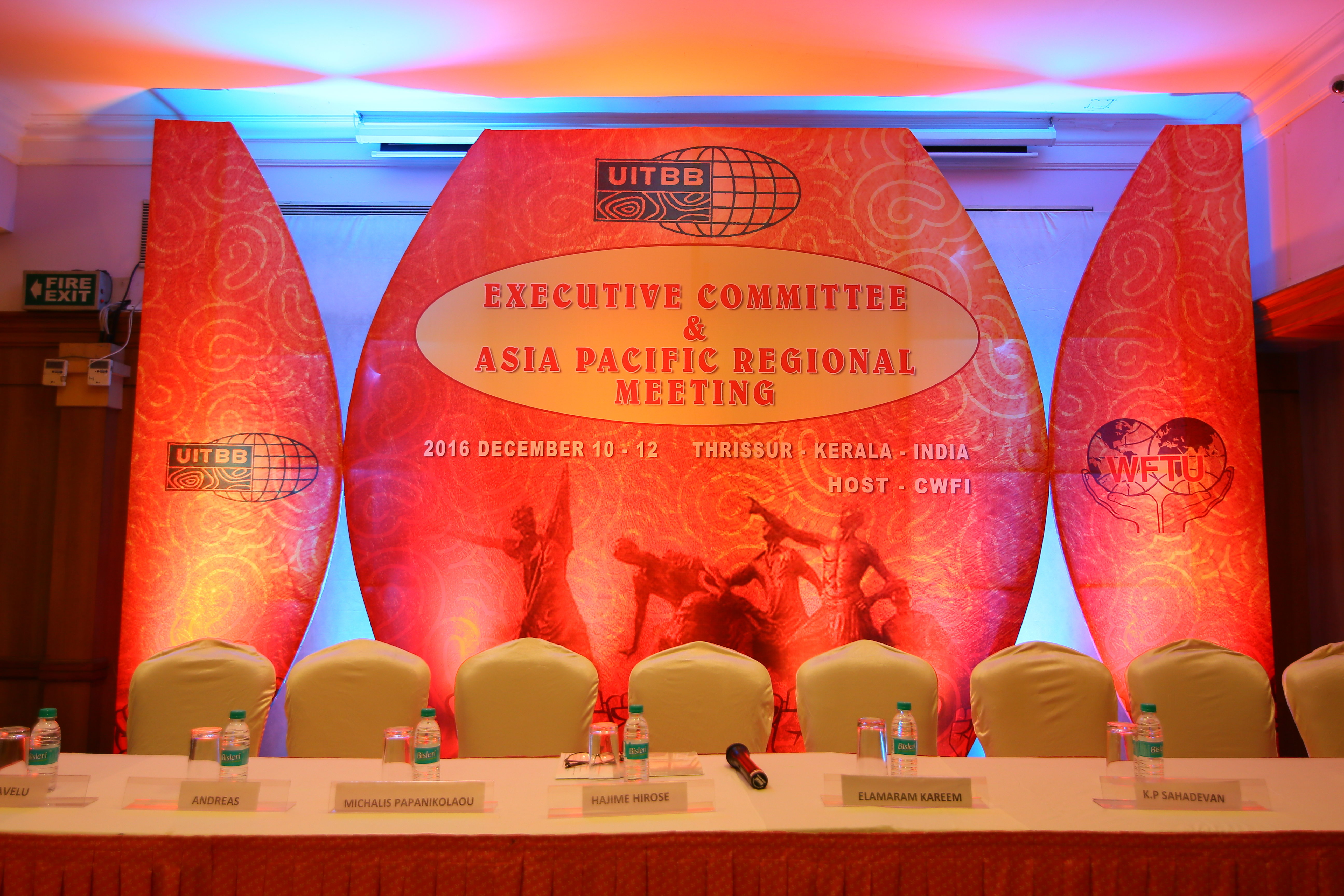 I want to express my heartfelt gratitude to Secretary General Debanjan Chakrabarti of the Construction Workers Federation of India (CWFI) and all the other comrades in India for your excellent preparations for this Seminar as well as your warm hospitality.  I also extend my deep respect and solidarity to President Antonio Lopez de Carvalho of UITBB, its General Secretary Michalis Papanikolaou, the members of the secretariat, and to all other comrades who are assembled here in this Seminar.  I thank the chair for this opportunity to speak before you. My name is YODA Mitsuhiro.  I serve the Labor Union of Ministry of Transport, Infrastructure, Tourism as assistant general secretary.  Let me join you in the discussion by presenting the actual state of foreign workers in the construction industry in Japan.

The ageing of workers in this industry is a serious problem, as seen in the fact that the workers at age 55 or higher represent 33.8% (the average in all industries is 29.2%) and that those who are 29 years old or younger represent only 10.8% (compared to the average in all industries of 16.2%).  Most of about 800,000 skilled construction workers who are now at the age of 60 or above will sooner or later retire in about 10 years.

2. In April 2014, MLIT released the “Urgent Measures Concerning the Utilization of Foreign Human Resources in the Field of Construction.” It includes  urgent and specific-duration measures to cope with the temporary increase in the demand for construction, such as the increase in the construction work due to the planned 2020 Olympic and Paralympic Games in Tokyo, as well as in the reconstruction from the damage caused by the East Japan Great Earthquake, aiming to “promote the utilization of industry-ready foreign human resources.”  Among its specific measures are:

1) Extending the training period from 3 years to the maximum of 5 years;

2) Admitting reentry to foreigners who have training experience, to engage in retraining for two to three years;

3) Strengthening surveillance on the enterprises that accept workers, with the participation of the government agencies concerned.

3. Japan’s Technical Intern Training Program for foreigners started in 1993 as part of Japan’s international cooperation and contribution in a bid to help develop human resources who will play the role in the economic development of their home countries by transferring technical skills to trainees from developing nations. Yet, the actual practice of the program in areas other than the construction shows that it is abused as means to solve problems of labour shortage at low cost. In fact, some 80% of the enterprises using the program which have undergone the checking of the labour standards inspection organisations were detected and warned of their breaches of labour-related laws, such as failure to pay wages, long hours of labour, cover-up of industrial accidents and so forth. The number of the trainees who have disappeared from their workplaces in 10 years from 2005 to 2015 has reached about 25,000.  Such human rights violations such as penalty for trainees who go back home, withdrawing from the program before maturity or keeping trainees bound to workplaces by confiscating their passports are so rampant that even the U.S. Department of State and the U.N. Human Rights Committee have repeatedly warned that those practices fall under “human trafficking” or “forced labour.”  These actual conditions show that the alleged “international contribution” is in name only.

4. The MLIT has expected that the construction industry would accommodate about 70,000 trainees by 2020, but the actual result until now is around 1,000, which is even less than 10% of the set target. Alleged reasons for this are the decrease in the construction orders due to the rise in prices of the construction materials and the regulation of the wages of trainees exercised by the MLIT, the competent authority.

MLIT is providing a guideline that the wage level for the trainee should be equivalent to one for the employee in his/her third year.

5. The national average annual wage of the Japanese construction industry workers is 3,950,000 yen as of 2013, which is 25% lower than the average in all industries, and 12% lower than the average of the manufacturing industry workers, which is 4,450,000 yen. Therefore, the wage level equivalent to the fully employed third year worker is not at all high enough in Japan. In spite of all this, quite a few enterprises still hesitate to hire technical interns.  We can gather from it that the construction industry has an ulterior motive to have the government restriction removed so that it can make use of the technical training program for foreigners as a mechanism to ensure the supply of cheap labour.

6. As to the 25,000 trainees who disappeared during the past 10 years and to other illegal immigrant workers, no fact-finding survey has ever been conducted, and therefore nothing has been grasped about their actual working conditions. It is possible that many of them are exploited by Yakuza or other crime groups, or that even some are forced to commit criminal acts.

7. As a Japanese trade union, we will continue to unionise technical trainees from overseas, along with working to improve working conditions of construction workers in Japan and consolidate their rights.

To this end, we are determined to promote joint struggles with UITBB and other workers’ unions in other countries.